To do so, I adopt a comparative approach, reading the Salon de alongside a contemporaneous strand of "gastronomic" art criticism: the "Boulangerie du Louvre" series from Le Tintamarre, a petitjournal known and contributed to by Baudelaire. While the work of Graham Robb , , and Alain Vaillant , has dramatically enhanced our understanding of Baudelaire's position in the journalistic world, and its effects on his verse and prose poetics, the significance of Le Tintamarre remains under-researched.

Yet the influence of its particular combination of gastronomic and journalistic discourse on the Salon de has, I argue, important implications for an evaluation of the text's aspirations as a whole. The Salon de has long been subject to a range of competing and contradictory interpretations, which have traditionally hinged on the dedication "Aux Bourgeois.

Including it in a category of similarly controversial Baudelairean dedications, Ross Chambers writes: "These dedications have inspired suspicion and raised questions concerning their sincerity and the degree of opportunism, or possibly irony, they reveal" 5. David Kelley's arguments for the thematic and ideological coherency of the dedicace in relation to the Salon's Fourierist overtones have been adopted by, amongst others, Claude Pichois , yet suspicion of the dedication still persists. Yet a focus on the language of taste in the Salon de offers an opportunity to regenerate and refresh the terms of the debate, which has too often concentrated on the "personnalite" or psychology of Baudelaire Becq Focusing both on major figures such as Montaigne or Descartes, as well as on now-forgotten popularizers such as Belleforest and Binet, this book describes the deployment of dialectic as a means of articulating and disseminating, but also of containing, the disturbance generated by cosmological and cosmographical novelties in Renaissance France, whether for the lay reader in Court or Parliament, for the parishioner at Church, or for the student in the classroom.

Your Access Options. A little article about Gunt Productions and also the Roystone Studio and several labels will come up, probably saturday. Thank ya, Jeff! Trying out different instruments on Alice 's tunes : playing with electric pianos, drums, percussions, triangle, tambourine, shakers and so on I love that! Awfull, cos once you get a doubt about unprecise pitch you sometimes fix it faster by recording all the tracks again Last minute cancellation of Colorblind 's concert at La Bellevilloise in Paris. Played drums on the end of year show of the Cycle d'Orientation de Goubing.

Quite hard to keep the tempo steady when excited singers, 2 guitarrists and one bassman try to get it faster and faster all the time! This will be aired on june 21st at 7pm. Pix by the Patchographe , here First bass, rhodes and percussion overdubs on the Alice Project songs Intervied by Le Nouvelliste about Gunt Productions : an article will appear in that newspaper in july.

Found a chinese sort of MySpace about Colorblind. Check it out, here Some producing job on a tune by Hirsute : "You and Me". Mastering soon. Started the recordings of Colorblind 's third album today and The first song we're working on is named "Josepine". Joined the Swing Maniak Duo for several concerts with several special swing manouche mooded basslines Numerous upcoming gigs ahead. Met the cool guys from Gone Prod Colorblind 's website is now connected to the correct url : www.

By the way a new review in german about the album "Anywhere out of the World" has been added to the collection.

Mixing and finalizing of 11 songs. For alternate monitoring More soon! Added 7 freshly mastered songs by Jean-Marie Briaud to the tunes section. You can listen to 4 of them here Added www. Feel free to get in touch with them for an extra creative bubblebath for your graphical works, design of CD packaging, flyers, poster, logograms, websites and so on Yeah, it's been a while!

Le Nouvelliste writes about Hirsute 's tenth anniversary concert to be given on saturady 17th of april at Ferme-Asile in Sion. Finalizing mixes of seven tunes by Jean-Marie Briaud. Chronicle about Colorblind 's album "Anywhere out of the World" by french mag Fanz'io , a new photo gallery shooted at "Les enfants terribles" by Jean-Christophe Arav, here Will play with Hirsute for the tenth anniversary of the project on saturday april 17th Back from a intensive french tour with band Colorblind : 5 days, 2' kilometers, 9 gigs in 6 towns.

Is there something surprising about that??? Jean-Marie Briaud 's subversive tunes about financial crisis, hexago-mondialists and Vatican complicities Joined a yet no named band featuring Alice Richtarch and Greg Pittet. This will become some kind of jazzy acoustic guitar based project topped with a very sexy and smoky voice.

I'm the man in charge with da groovy basslines! What else??? From february 12th Colorblind will be on the road again. A second tour is planned in march, and one more in april. By the way, with singer Vito we're rehearsing every day to get the best out of the Colorblind two buddies line up I even started singing backings! Colorblind listed in the very official "Agenda culturel de l'ambassade Suisse en France". Here 's a. One week spent creating a website for project Colorblind Now you can find all the informations music, gigs, videos, press And 27 upcoming gigs in Switzerland, France and Germany added to the live section.

Check'em out! Music club the NED in Montreux was threatened to close on january Innumerable bands gave their support by playing at the twelve nights of the "NED forever festival" and, as a result, the place is now safe! Well done boys and girls! Here some pictures and a report by Patchomag and here a video by fusions.

Two more chronicles about Colorblind 's album "Anywhere out of the World", both in german : one by Poisonfree and one by Underdog Started working on the second version of the video for Colorblind 's tune "Anywhere out of the World". Photographer Patchographe released the very first Patchomag , a brand new webzine about local music, and I was choosen to be the very first to give an interview! You can download the result here or read it on line here Artist Martine has her tune " By the way : now she's got her own website, here.

Let's start with an overview of a bunch of upcoming concerts to be given in France. Check'em here Here a link to AlpRadio , a webradio that only aires music from our sunny valley Chameleonic and surprising! Gunt Production gave them all of its archives to get their collection more complete Remember Earache E. As a result 62 pieces of original audio items were created : most of them - 56 - were songs, one was a movie soundtrack Also, 36 live concerts were given with 7 different bands and, among other stuff, Artsonic celebrated 10 years of existence and band Les Pornographes gave their hundredth gig.

Well now it's time to hibernate Read'em here. News from the US : owing to The Honest Arts Alliance , Colorblind 's tunes are currently rotating on more than college radio stations all over the main towns of the country. Project Chronics : recorded last vocals and initiated finalising job on the tunes "Take me back", "Fights" and "Maybe". A new review in german about Colorblind 's "Anywhere out of the World" by webzine Rocktimes , here Colorblind charted 30 on a NYC Radio! More soon Vocal recordings on project Chronics. Found three chronicles about Colorblind 's "Anywhere out of the World".

One is in french : " Artisans de la Pop " in newspaper Le Nouvelliste , the two others are in german in webzines Alternative Music and Terrorverlag.

Colorblind 's album "Anywhere out of the World available on i-tunes. Today, after almost exactly three years of existence, Colorblind's Myspace has reached ' visitors! Some levelling job on a bunch of tunes for dance school Mouvement et Danse. I'm proud to announce that 's "Gunt Production's male discovery of the Year Award" goes to Mister Paul Mac Bonvin for his outstanding human qualities!

By the way : his new album will be out by the end of the month Just realised that band Les Pornographes were playing their hundredth concert three months ago For now this is a record! Webzine Trespass writes about Colorblind 's album "Anywhere out of the World".


It's in german and it's here Drum recording session for project Chronics. First dates of Colorblind 's Tour in France confirmed. Check out the gigs section for details Paul Mac Bonvin 's mixes were sent to Gold Mastering for final polish It's also been preselected for the Mostra del Cinema de Venezia! Colorblind 's video for "Anywhere out of the World" reached rank 4 in the C-tube 's charts in germany. On september 11th, around 6 pm, Colorblind 's singer Vito will give an interview and sing some songs in Canal 9 's infomag L.

Ten years ago we founded Artsonic to stimulate alternative music creativity in our small town. At the time we had to struggle with the police and the local authorities to organize concerts and to get rehearsal rooms Well, today the small town and its politicians are officially celbrating the anniversary with us, while the cops close the main street for us to parade Started recordings of project Chronics. Today one more Paul Mac Bonvin tune to be recorded Listen to them!

Tomorrow nine boys and girls from the elementary school will visit Gunt Productions to get a glimpse of what my everyday work at the studio looks like.

The day after they will record some tunes they worked on with their music teacher. Finished Paul Mac Bonvin 's tunes. Album will be released in october. A photo shooting session with all the people involved closed the session.

Tomorrow, Colorblind 's singer Vito will give an interview and play some new songs live on Rom radio around 14 PM. The songs are in final mixing process. Album will be available around X-mas. New video for Colorblind 's tune "Anywhere out of the World", here. It's handcrafted but it's also very good mooded Shake your heads!

They will be released in late october and the vernissage will be held at Ferme-Asile in Sion on november 21st Be there or be square! Colorblind 's singer Vito opened a band related blog, here Among this and that you can test if you are colorblind! Bass recordings for Paul Mac Bonvin 's forthcoming album. Nice score, boy : congrats! By the way, also for sale is a splendid 4 string E-bass made by german luthier Andy Schack. Band D. Started recordings of 7 tunes with Paul Mac Bonvin. The sessions start really early in the morning and we have a lot of fun. Last checks on the artwork and the booklet of Colorblind 's album "Anywhere out of the World".

Also the master disk's been checked for the last time Everything's got to be perfect before it gets multiplied! 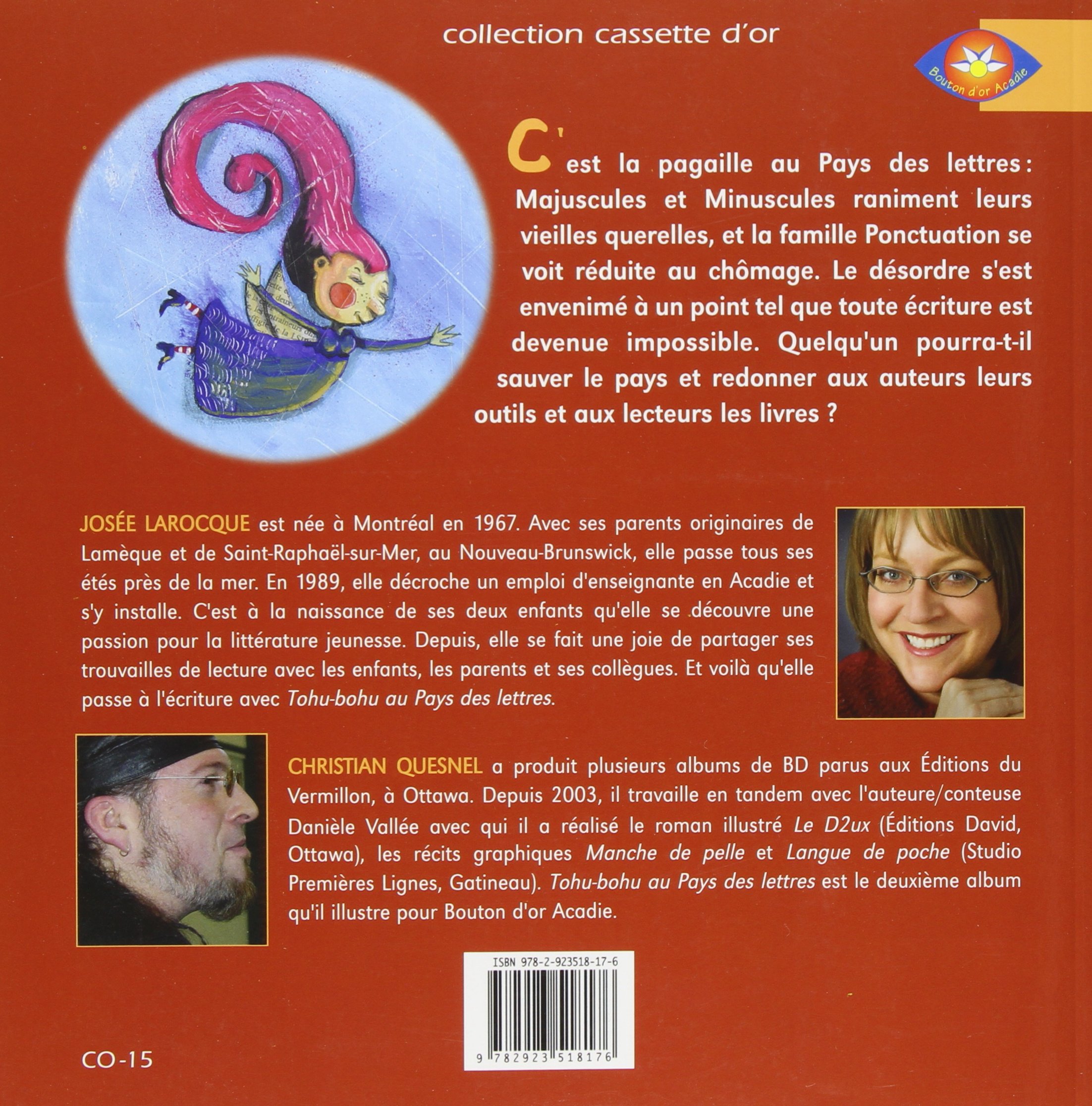